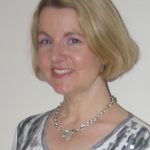 Dead fingers curled around an ancient crypt and a love of Celtic mythology were the two inspirations behind Cheryse Durrant’s The Blood She Betrayed, the first book in her young adult/new adult, urban fantasy Heart Hunter series. “Shahkara’s half-demon, half-human, and is searching for an ancient artefact to destroy the coven ravaging her world – my stories are a cross between Blade and X-Men, but with strong, gutsy heroines and happy endings.”

Born within days of Tolkien’s death, Durrant grew up on an Australian cattle farm where she chatted to scrub faeries and an imaginary superhero. She wrote her first story on her aunt’s bedroom wall but it did not attract the literary acclaim she deserved. She has since worked a variety of jobs, from barmaid and dental assistant to journalist and PR guru. The coffee/chocolate/strawberry addict has won and placed in a number of writing competitions and lives on the central Queensland coast where she teaches writing through Creative Dragons and is an avid WriteFest fan.

2 thoughts on “For Journalists”