Creating atmosphere is one of the trademarks of Jason Nahrung’s writing so it’s no wonder this dark urban fantasy author knows how to make his stories crackle with suspense. Preparing for a Queensland tour to promote his latest Gothic novella, Salvage, Nahrung shares his thoughts on a powerful genre: 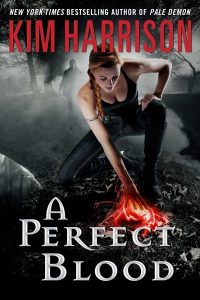 “Urban fantasy – it’s right up there with paranormal romance in the popularity stakes at the moment. The former uses an urban setting – contemporary ones appear to be the most popular – and adds a dollop of fantasy: city streets walked by vampires, werewolves, fairies, sorcerers. Paranormal romance looks much the same, though isn’t as bound by geography and, as the name suggests, the romance is to the fore. In urban fantasy, the romance, if any, will be secondary to the plot.

One of my favourite urban fantasists is Kim Harrison’s Rachel Morgan series aka the Hollows, though I’m a bit behind at the moment.

Harrison has reinvented Cincinnati as a home to all manner of supernatural and folkloric critters, with a generous dollop of magic besides. Ley lines, wicca, fairies in the backyard and vampires as flatmates are all par for the course.

The society is incredibly well detailed and logical; the magic system is one of the best realised I’ve read; the characters are engaging. Harrison’s vampires are complex biological creatures, again, some of the most credible and well presented I’ve encountered.

Some of the elements I take away from the series: 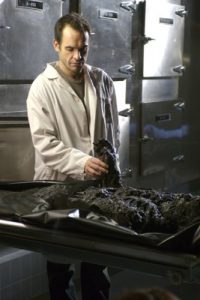 2. Location is important. The many faces – and the stuff behind the faces – of the city are explained through the senses as well as history and architecture, making a vivid, identifiable backdrop; every city has its quirks – use them.

3. Magic and other supernatural goings on all need internal logic. Apply the rules across the board; what works for the good guys works for the bad guys. Magic has limits and costs, which can constrain and test characters and add tension.

4. On that score, watch out for magic bullets and dei ex machina. Cure-alls and all-powerful magicians and entities are boring; everyone has their foibles and their motivations, which should be sensible and consistent. The victory that’s worked hard for and comes logically from the narrative is the one that will be remembered.

5. No one is evil on purpose. Cruel people don’t have a manifesto of brutality, but rather are that way because they think it’s normal; they think it’s the way to achieve their goals, and hang whoever gets hurt. You can appreciate Harrison’s villains because they have human or at least understandable motivations, whether of sexual desire or political ambition. Further, villains eschew over-complicated plots. The ideal result with the least effort is the motto.

6. In the dark before the dawn, some comic relief is, well, a relief; but the comedic sidekick can still have their serious side, and their wants and needs can and should impact on the story; they aren’t a tool to be used when needed and left on the shelf when not – they have their own lives to lead. Sometimes, when you go to the shelf, they’re off doing their own thing.

What also impresses me about Harrison’s series is the forethought, and the way that bit players in one volume can emerge as important characters down the track, with minor incidents turning out to be clues to major events later. She does a great job of pursuing her core narrative with plenty of side-trips and red herrings; Morgan is a private detective, so the books have a strong crime/thriller mentality in addition to the fantastical.

While not quite in Harrison’s league, I also tend to write urban fantasy, and rural fantasy, too; my latest piece of long fiction is set on an island, so I guess it’s a coastal fantasy, or as I prefer to call it, a seaside Gothic. The Gothic is my favourite mood, all dark and gloomy even when set on a sun-drenched beach, and I enjoy my urban fantasy in that vein – ‘dark urban fantasy’, edged with horror and suspense tropes. To me, raised in the bush, cities are the shadow world. Totally artificial, it’s only natural that they have unnatural secrets.

Why set fantasy in our world rather than one made up?

Firstly, there’s a lot less work! Politics, religion, economy, terrain, society, history … it’s all provided outside the window, with your own little fantastical addition, of course.

Secondly, the joy is in the twist: what if? What if these other things were real? How would that change things? What would that say about us – as people and a society? How can I use this premise to make my comment, to make my exploration, of who we are? Setting the story in the here and now brings it very close to home. Sometimes, stories are best set elsewhere, in another time or a fictional place; that distance is necessary for dealing with unpalatable or raw issues. But other times, it’s nice to bring it on home, right to where we live. Right to where the heart is.”

Jason grew up on a Queensland cattle property and now lives in Melbourne with his wife, the writer Kirstyn McDermott. He works as an editor and journalist to support his travel addiction. His fiction is invariably darkly themed, perhaps reflecting his passion for classic B-grade horror films and ’80s goth rock. The co-author of the novel The Darkness Within (Hachette Australia), his most recent long fiction title is the Gothic tale Salvage (Twelfth Planet Press). For more information, visit the Jason Nahrung website here.