Taloners don’t exist. They escaped from my imagination. But Taloner mythology could have been a lost chapter of ancient Celtic mythology.

Taloners were supposedly created three thousand years ago by the evil, one-eyed god, Balor. Balor and Danu were both well-known dieties from Celtic mythology. There are many different 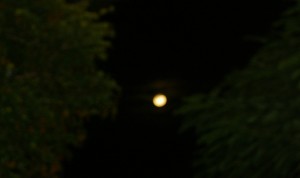 stories told about them, and they have evolved in various forms in different countries, but the main legend reveals that Balor led an army of darkness (the Fomorians) against Danu’s army of light (the Tuatha Dé Danann). According to legend, Lugh murdered his grand-father Balor and the Tuatha Dé Danann crushed the Fomorians. In my story world, Balor used his last breath to resurrect an army of Taloners to fight the white magic.

The Tuatha Dé Danann supposedly learnt their wisdom and magic from four great cities, Gorias, Murias, Failias and Findias. In my series, Shahkara was born on Gorias, another world linked to Earth via the Twilight Mists (another nice legend).

This is a poem that I originally wrote for my manuscript, but it was not spared when my editor’s scissors took action. It is supposedly from one of Gorias’ ancient texts, The Book of the Damborios:

…there, deep in the heavens, Danu forged a lantern
To rain death upon Balor’s vile warrior slaves.
The Fomorians shuddered as they watched caustic fires
Send their heart-devouring champions to early ash graves.
Yet the Goddess saw not the Evil Eye Demon
Raise an army of soldiers with his last treacherous gasp.
Now they roam the Earth’s wildlands, hunting the Elnara,
For its power will return when a score of centuries pass.