Today I’m welcoming the zesty JL Addicoat to my website to chat about her original debut novel, Spirit of Love. JL and I have been long-time members of the Bundaberg Writers Club and she’s soaring high with her touching romance novels. 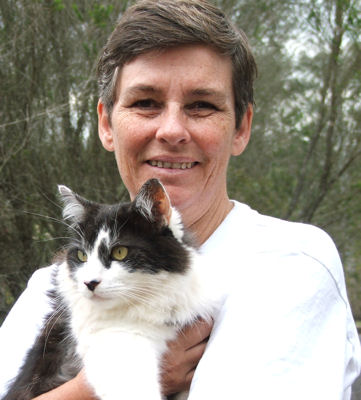 JL: I’ve always wanted to write. I’ve been writing my own stories, just for my enjoyment, since I was a teenager. Writing also helped me cope through some of the darker days of my life. In my stories I could escape this terrible world into one of my own making. I have to say, I couldn’t publish them now. Talk about following the fundamental rules. At the time, it didn’t matter. I finally decided to put something on paper after being asked to be a beta reader by a friend. I didn’t even know what one was, but I read her stories, corrected what I thought should be corrected and let her know what I thought. This included words I had never heard of before like ‘laved’. Incidentally, even though I know what it means, I still don’t like the word. What inspired me to write Spirit of Love was a love of old buildings, English Heritage, the TV shows ‘Grand Designs’ and ‘Restoration House’ and a case of thinking, ‘What if.’

Cheryse: The Aussie bush around your hometown is a world away from the Cornish countryside? Why did you choose this location?

JL: I feel pulled toward Cornwall as my ancestors on my father’s side come from St Buryan and St Just. The place is on my bucket list to visit. I love the English countryside and its flora. If it wasn’t for its cold weather, I’d probably be living in Tasmania. I love colourful flowers and trees, but I love the warmth more.

How did you come to write speculative fiction? What attracted you to the genre?

The Paranormal has always interested me and is in my blood. I also love Fantasy as there are very few boundaries and everything is possible. Romance, well romance is everywhere. It doesn’t have to be a full-on sex scene, but can be soft and subtle like a gentle kiss given by the boy next door. I really don’t think any story can be just ‘one’ genre. There always has to be something else to help carry it through. 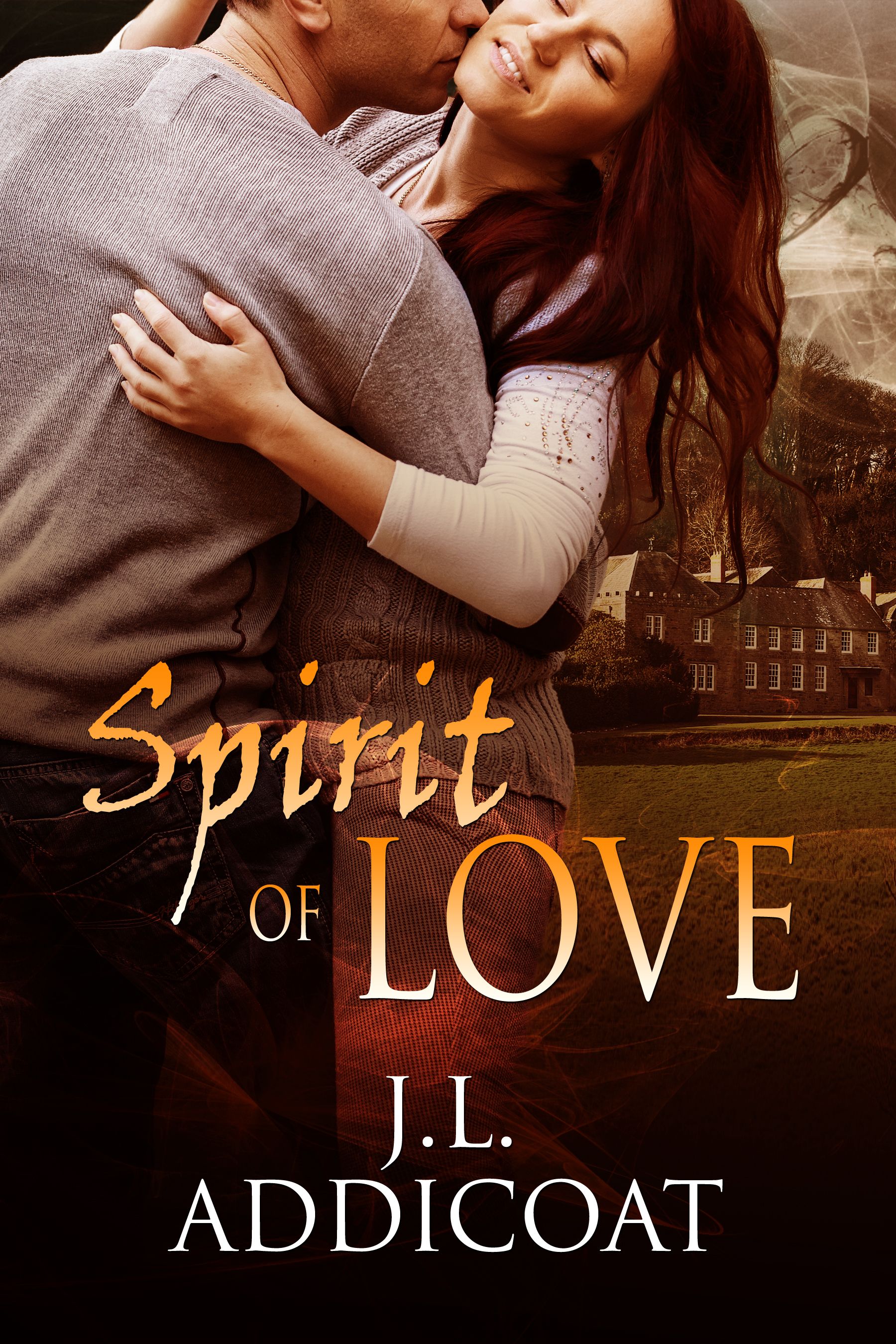 What do you love most about being published?

The congratulations from others who have trod the same road must come in at number one, also the comments I have received from others saying they like the way I write. Even though I have always loved reading and writing, I never thought that one day I would write something that someone else would pay money to read

Have you ever had any paranormal experiences in your own life?

I have had many paranormal experiences. I have seen my aunt and grandfather after they passed away. I have seen and heard tea parties being held at Werribee Manor. I have watched as the spirit of a young man walked through an office worker and then out of the room through a brick wall.

What has been your most terrifying real-life experience?

My most terrifying experience happened when I was pregnant with my first child and I heard my younger sister calling my name over and over even though I was in Canberra and she was in Townsville. I called my mother who contacted my sister’s school and the headmaster discovered she was missing from class. The teachers searched the grounds and finally found her hidden and badly hurt amongst rocks at the back of the school. ESP does exist and can be used.

Tea or Coffee?
Definite tea. I used to drink coffee, very heavily, but my brain gave me a warning over three days a few years back with a massive migraine. I haven’t had a cup of coffee since.

Cats or dogs?
I am a well trained cat servant. I started my training when I was six years old and haven’t been without a cat for more than six months since – and even during those six months, I took care of a number of semi-tame feral cats at the Cabarlah Army base.

You’re trapped on a desert island. What three things do you wish you came armed with?

My husband Kevin (he’s a must have), a fishing rod and a book, preferably a DIY manual. If I could have a fourth item, it would be Anna Campbell’s ‘Seven nights in a Rogue’s Bed’. Then Kev and I would have something to re-enact in our spare time.

Readers can check out Spirit of Love on Amazon.

Two of my favourite past-times – other than writing – are drinking coffee and catching up with readers and writers. Combine the two and I’m in seventh heaven. 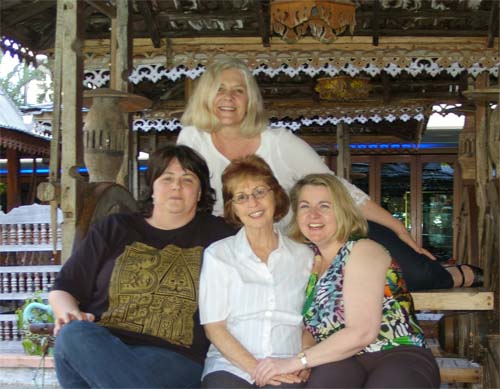 So I didn’t miss a trick when I realised that an Author Kaffeeklatsch would be the perfect wind-down event following my Young at Heart workshop at the North Rockhampton Library on Saturday, August 1, 2015. (For more details about my Young at Heart: writing for young adults workshop, visit the Queensland Writers Centre’s information site here)

What is a Kaffeeklatsch?

The term kaffeeklatsch, according to Dictionary.com, is of German origin (1877), from kaffee (meaning coffee) and klatsch (meaning gossip).  Author Kaffeeklatsches have long been a trademark feature of national and international speculative fiction conventions. One of my fave kaffeeklatsches in earlier years was with the inspirational Rowena Cory Daniells, who taught me to never stop writing, dreaming or giving up hope. I still see her as an amazing woman, author and role model, and coffee with her was where my love of kaffeeklatsches began. Another special memory was coffee with New York Times bestselling author Kylie Griffin and a group of her steadfast fans at an RWA conference. I’ve since plonked my name down for as many kaffeeklatsch events as the coffee grinders would allow me. In recent years, I’ve been the guest author at a number of kaffeeklatsches (which just means your coffee goes cold as you answer the many questions that readers might have for you).

So… Rocky readers now have the chance to ask me (face-to-face) their big, bad and embarrassing questions at a free Author Kaffeeklatsch at Café North at the Frenchville Sports Club at 4pm this Saturday, August 1.

“Visiting Rocky is like coming home because some of my fave published friends live here. This kaffeeklatsch is a chance for Rocky residents to meet and chat with published authors (not just me, but also Sue-Ellen Pashley, Greg Chapman, Shelley Russell Nolan & Dean J Anderson) to find out what it’s like to be published and why we write the things we do.

As you’ve already probably guessed, our real lives are often a lot less exciting than the tales we weave, but it’s fascinating when our idiosyncrasies are revealed. I write to halt the unrelenting chatter of characters inside my head so maybe I belong in a straitjacket, not a bookstore.

Benaraby’s Sue-Ellen Pashley, whose debut novel Aquila, was published by Random House earlier this year, will also be attending.

“As a working mum, I know how hard it is to set aside time for my writing,” Sue-Ellen said to me this afternoon. “For me, it’s about getting up at 5am in the morning – before the kids and animals have stirred – so I can savour a moment of ‘writing peace’. “It doesn’t always happen, but it’s very satisfying when it does.”

This Saturday’s Kaffeeklatsch is about bringing a little bit of the writing world, especially the creative magic of spec fic, to Rocky ahead of CONTACT, the national speculative fiction convention in Brisbane in April next year.

To RSVP: Just turn up at 4pm (or later), order and pay for your own coffee and relax with some crazy authors (if we even give you the chance to relax…) 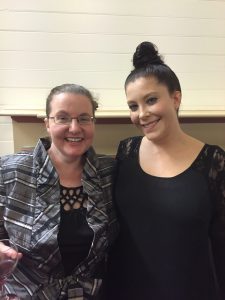 Over a glass of red and Alowishus canapés, D’Aleo enchanted readers (and a swag of our fave Bundaberg Writers Club convicts, myself included) with her down-to-earth honesty, delicious authenticity and colourful anecdotes of her writing career that started aged seven with a flying horse story, scribed with a feather dipped in water… so even the text was magical and invisible 🙂

Some of the gems from last night’s talk:

Coffee and night-time are credited as the tools behind her successfully writing and publishing her science-fiction-esque novels, despite the busy world of her everyday, which includes two sons aged four and six and a husband (age not supplied) and a psychology career which has demanded further study this year.

Nina received her first rejection at age 13 and didn’t get published until her early 30s. She said she could wallpaper her bedroom with the number of rejection slips and letters that she has received during that time (and it was pretty cheap wallpaper at that).

Her big break, she says, came from a previous Bundaberg WriteFest where she was interviewed and successfully acquired by The Cameron Creswell Agency (agent Sophie Hamley). She said, “I owe (WriteFest Director) Sandy Curtis big time, thank you Sandy.”

Although she’s only been published in recent years, Nina said she always thought of herself as a writer. I think that statement resonated with all the writers present – that it’s not about whether you’re published or not, but that writing is what you are – and WHAT YOU DO.

A background in psychology has injected additional layers of depth into her characters. “Having people tell you their deepest stories helps bring out, I think, a greater depth in your own stories. Readers say my characters have a lot of depth.”

Writing and publishing is a business process as well as a creative process, even though most writers just want to remain in the creative confines of their art

Working on a different book can energise you when you return to a previous WIP, especially a long-term series like the Demon War Chronicles.

Nina struggled with the writing of subsequent novels after publishing her first book because she is very demanding of her writing quality and will often rewrite and rewrite scenes until she is happy with them – and because real life still gets in the way (THIS resonated with all the published authors in attendance).

Nina D’Aleo In Conversation was brought to Bundaberg as part of the Queensland Writers Centre’s 25th anniversary celebrations (1990-2015).

For the first time last night, Bundaberg writers met the delightful Katie Woods, who took over the reins of the Queensland Writers Centre as its new chief executive officer two months.

Katie previously worked at the State Library of Queensland where she was most recently Manager of Reading, Writing and Ideas, and worked closely with the QWC on many partnered projects including Read Around Gladstone and the delivery of the Queensland Writers Fellowships.

Wide Bay writers are always a little nervous when there’s a changing of the guard at QWC. Although the centre is based in Brisbane, it has been highly supportive of its regional members in the past decade, recognising the tyranny of distance and the effect that has on rural careers, and subsequently implementing many initiatives for regional writers and supporting them in fresh and diverse ways. Without the Queensland Writers Centre and their courses, I wouldn’t be where I am today – and I am grateful for their continuing support.

Fortunately, Katie’s love of Queensland writing, and her own empathy for regional Queensland, means the QWC – and Bundaberg writing – are in safe hands for many years to come.

Thanks, Nina, for dropping in at Bundaberg and sharing your deepest thoughts and dreams with us and thanks, Katie (and the QWC), for bringing her to our little sugar town. Finally: Happy Birthday QWC!

For more information about Nina and her books, go troll her website or stalk her on Twitter. I’m very inspired now to check out her books and the other hiddens gems lurking in Momentum’s spec fic collection.