I’m feeling chuffed to welcome the charismatic and talented JM Bray to my website today. JM is penning the Shroud trilogy and I wanted to let readers know about the first novel in the series, Tearing the Shroud, before next month’s launch of Mending the Shroud. 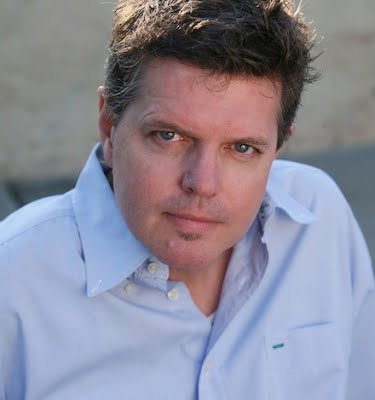 Make sure you read to the end of this Q&A for your chance to win a free eCopy of Tearing the Shroud. 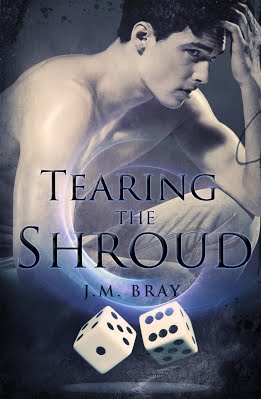 Cheryse: You’ve set Tearing the Shroud in 1984? Why did you choose that year?

JM: I went to college in San Diego in the ‘80s so I know the area, era, and atmosphere. We live in such an instant society now and I wanted communication to be more difficult. 1984 puts us before cellphones or the internet, helping achieve that. It was a boom era, especially in Southern California, and knew that would be important in the Shroud Trilogy overall.

Cheryse: Do you write yourself or your friends/family members into your books?

JM: To some extent, yes. Flea and Knife are actual people, friends from college. They allowed me to take who they were and exaggerate it…yes I asked them in advance. I dedicated both Tearing the Shroud and Mending the Shroud to my wife, Kari and that’s not just because she put up with my writing. Seeing her bravely face life over the last twenty-nine years together taught me about heroines and what real romance means.

Cheryse: Is there a stigma attached to a man writing books with strong romantic elements. How do you deal with it?

JM: This is a great question! Thankfully I haven’t faced a stigma, but have been well received and accepted by the community. As a guy, how I approach a romantic scene may not be what’s expected. It’s not the ogling factor, I’ve read plenty of women authors who have female characters drooling over the guys bulging whatever. It’s that when I’m being romantic, personally, I do it with my from a guys standpoint. When I write…yep…I still have the same standpoint and that isn’t always what readers have come to expect. I, personally, see it as a positive.

Something that does worry me somewhat is this: All of us are working away, striving to find a place in the market and sometimes a guy gets questioned about his take on romance…simply for being a guy. True, the male author didn’t ask the question, and he wants his name out there as much as the next person, but that doesn’t make it any easier for folks trying to find a way to stand out in a crowded market. To help with this, I try to not rely on my “man-card”, but simply write the best I’m able and support the writing community all I can.

Cheryse: That’s a fabulous answer, JM. Okay, my next question is that you’re eighteen again. What’s your advice to eighteen-year-old you?

Go deep-sea fishing with Uncle Buck! Yeah, I know, you’re scratching your head, so let me explain. My Uncle Buck ran fishing charters and offered to take me on a two week all expenses trip to the Sea of Cortez. I was eighteen, just started a new job and chose not to go. I was trying to be responsible.

The advice boils down to this:

Many times, I chose the wrong one at the wrong time. Recognizing what needs serious attention and what doesn’t matter at all is a tough skill to develop.

Cheryse, if you were trapped on a desert island, what three things do you wish you came armed with? My wife, Monica Bellucci, and a permission slip.

How can anyone argue with that? Thanks, JM, for visiting my website. Best of luck with next month’s launch of Mending the Shroud, and the continuing success of the Shroud trilogy.

WIN A COPY OF TEARING THE SHROUD:

For your chance to win a copy of Tearing the Shroud, email cheryse (at) quietdawn (dot) org with the words “Sharing the Shroud Trilogy” in the subject header. Good luck, everyone, especially all those gamers from 1984 🙂

JM Bray lives in Southern California with his college sweetheart and their two dogs. After a lifetime together, they are happier than the moment they met. When not writing or working his ‘day job’, JM loves to cook, play the guitar and travel with his wife. Every chance he gets, he races an old Porsche named Tuffy at tracks in the southwest. 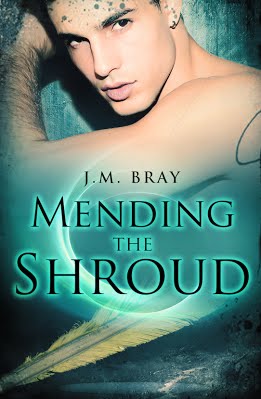 Blurb to Tearing the Shroud:

Fall in love, be possessed, hunt a sorcerer and save the world – and Vincent thought calculus was tough.

1984 – Vincent expected college to be about freedom and girlos, but then the nightmares of sorcery, monsters and other worlds began. Not even the surprising attention from his dream girl, Julie, could shake them.

Before he’s even nailed his second date with Julie, he’s possessed by Coleman, a warrior from another realm. Coleman is hell bent on defeating the monstrous Kafla who threatens to tear into Vincent’s reality, changing both his and Coleman’s worlds forever. They have one chance to stop them: Vincent must allow Coleman to share his body and wage war against the sorcerer.

Now it’s up to them, the women they love and Vincent’s rag-tag bunch of role-playing and gaming friends to save the world, or see 1984 descent into the apocalypse.

3 thoughts on “Inside the mind of JM Bray”